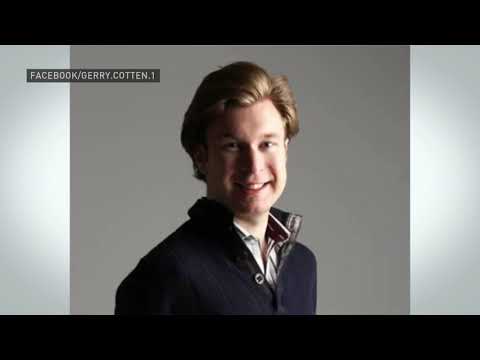 Disclosure: I'm invested in ActiveMining... However, I consider myself a straight shooter, and am willing to field any questions people may have on this security. The day I purchased BTC was the day that I considered that money destroyed.
Picture of VMC Headquarters
Bitcointalk Forum Link
BitFunder Price Link
BTC-TC Price Link
It's been a rough start, but I think that ActiveMining is on the right track now. Below is a list of things I have put together about what has been happening:
Previously, investing in ActiveMining - rather AMC beforehand, would have been seen as too high of a risk for most. Right now... I'll let you make that decision. I'll start by giving you a pretty thorough rundown of what the hell has been going on the past year.
A little about Kenneth Slaughter (CEO Owner):


He's been into Bitcoin since 2009 and has had a BTCTalk account since 2010. He decided to look back into bitcoin in early 2012 and saw that the price was $6.50. He then started putting resources from a contract IT Job into GPU mining equipment. He then took most of the bitcoins he mined in 2012-2013 and purchased 6 Batch 2 Avalon's in February 2013. Needing to pay back to the first investors, he released a small dividend under AMC from profits on G.ASICMINER-PT dividends and the sales of G.ASICMINER-PT shares. This is where the idea of VMC began. He reasoned that you could not count on other manufactures to deliver their products on time or to even continue producing their product. i.e. BFL, Avalon. So VMC was created to provide AMC with a stable supply of bitcoin mining machines.


The contract was originally written something like this:
crash, bang, boom
Ken is an engineer and private businessman. In my opinion he had no experience with the dealings of managing a public company or being an underwriter. Having talked with Ken, I could say that he really wanted to get this company off the ground, but he made a few mistakes:
After the price of AMC surged from .0005 then to .0008, back down to .0005, then back up to .0008 then to .0014, then to .004, then back to .0025, Ken valuated the company at a higher value than .0025 but decided that it was reasonable to place a second offering of 4 million shares at .0025 to pay for an NRE for AMC's own chip. 1 million shares were purchased, then things started falling apart, mostly, the unfair way the contract was written. Many believed that the contract was screwing the investor out of money by not giving more profits from sales (10% at the time) since investors fronted most of the money. There are more details and grievances left out but this is getting long. I can answer questions about that if you'd like.
So, what happened?
Ken got together with forum members and worked out a new contract:
So, what plans does ActiveMining have and why is there 4 million shares for sale at .0025 on both exchanges?
All in all, I think is has been a learning experience for Ken. Everyone seems appeased at the moment, good things are happening, and I hope this answers some of your questions. If you have any more, let me know and I'll try my best.

Weekly Update: 1/8/13
Question From VinceSamios:
Quote Update Requests: When and Where will we be able to trade shares?
Crypto-Trade and ChromaWallet (colored Coins). As soon as we get time to finish the verification interface; however, our core business comes first and working on Intellihash.
Quote When is the first batch of chips/boards supposed to arrive at VMC Assembly?
Our engineers are still designing our board. We had to change our engineering firm, and learn a few lessons about hiring an engineer firm. We don't have a date at this time.
Quote What do you estimate the ActM hashrate be at the end of January, February and March?
Due to our inexperience with design, we have had a few set backs; however, we have hired the most competent RTL design team to make sure that when we spin up our chip it will work. They are very competent at Low-Power and getting the most speed from the chip.
Quote Do you have any more accurate energy efficiency figures yet? w/GH?
Not at this time.
Comment From The CEO
How I see us going forward is we will get our chip and boards into production as soon as possible. Active Mining is in one of the best positions to take advantage of the Bitcoin network. Once we have our chips and boards in production this year we will be one of only two companies in the world which manufactures Bitcoin mining hardware and also mines. With this combination we have unlimited availability to bitcoin mining hardware only limited by our resources. What I see in the future is bitcoin's exchange rate for USD going to over $10,000 in the next year. If this happens Active Mining with its own chip, our current resources which will be increasing with the exchange rate, and eASIC as our partner will put us in an excellent position to dominate our market. Intellihash will just be an added boost should it turn out to be a game changer.
Kenneth E. Slaughter, CEO/CTO
Forward Looking Statements:
This press release contains forward-looking statements, including, without limitation, statements related to VMC’s future sales and the value of bitcoin and future hashing rates. Words such as "expects" and similar expressions are intended to identify forward-looking statements. These forward-looking statements are based upon VMC’s current expectations. Forward-looking statements involve risks and uncertainties. The company’s actual results and the timing of events could differ materially from those anticipated in such forward-looking statements as a result of these risks and uncertainties, which include, without limitation, economic conditions, customer business environment and inventory levels, government and technological factors outside of our control, adoption and roll-out of products, risks related to ability to capitalize on growth opportunities and markets, risks related to our ability to manage our growth and other risks that may cause our business, industry, strategy or actual results to differ materially from the forward-looking statements. VMC expressly disclaims any obligation or undertaking to release publicly any updates or revisions to any forward-looking statements contained herein.
Active Mining PR-Staff

Kenneth Slaughter adds that buyers can customize their systems with up to 96 boards per system: each of them containing up to 16 chips for a maximum 256 GH/sec per board, with a total of 24.576 TH/sec. When VMC appeared in the market, last May, the company that is part of the Active Mining Cooperative announced its partnership with eASIC. But ... According to Virtual Mining Corp CEO Kenneth Slaughter, “In 2009, people could mine 50 coins every 10 minutes. By the end of 2012, that amount was halved to 25 coins.” The Potential of Bitcoins. While the number of bitcoins and their value has increased since their introduction, it may be helpful to compare bitcoins to other electronic payment methods. Transaction Volumes. In the fiscal ... limit my search to r/Bitcoin. use the following search parameters to narrow your results: subreddit:subreddit find submissions in "subreddit" author:username find submissions by "username" site:example.com find submissions from "example.com" url:text search for "text" in url selftext:text search for "text" in self post contents self:yes (or self:no) include (or exclude) self posts nsfw:yes (or ... By CCN.com: The bitcoin price on Wednesday extended its rebound from $3,859, surging as much as 2.80-percent since the Asian session to crack $4,000 on most major crypto exchanges. As of 18:20 UTC, the bitcoin-to-dollar exchange rate was trading at $4,011, down 0.52-percent from the session high at $4,032. The marginal downside correction didn’t interrupt… Betting on Bitcoin. Kenneth E. Slaughter started acquiring bitcoins in 2009, when the job could be done by an average computer. A short t...

Mt. Gox; The Story from an Early Adopter

Understanding Bitcoin has been postponed till Oct 1-4 ... On The Record w/ Chris Slaughter & Willy Woo - LVL Bank/Exchange & Bitcoin Talk - Duration: 2:08:44. Tone Vays 7,419 views. 2:08:44 ... In this interview, I talk to Knut Svanholm, author of Bitcoin: Sovereignty Through Mathematics and Bitcoin: Independence Reimagined. We discuss libertarianis... IF YOU LIKE THESE VIDEOS, YOU CAN MAKE A SMALL DONATION VIA PAYPAL or BITCOIN LINKS HERE: https://www.paypal.com/cgi-bin/webscr?cmd=_s-xclick&hosted_button_i... #bitcoin exchange #how much is one bitcoin #local bitcoin #bitcoin cost #buy bitcoin instantly #bitcoin rate #bitcoin market cap #bitcoin exchange rate #bitcoin account #bitcoin to usd converter # ... Trading Bitcoin - $6,850 Continues to be Formidable Resistance for $BTC 👉 Subscribe so you don't miss the next one: http://bit.ly/2QKVDdV Check below for ...