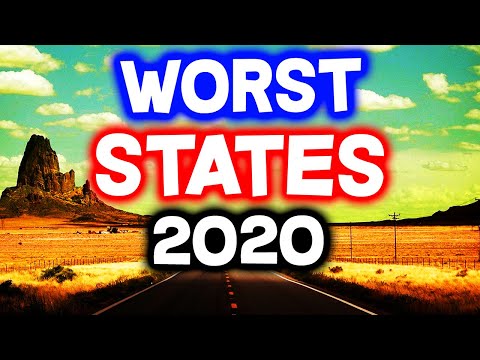 MAPS Completes $4 Million Matching Grant from Pineapple Fund Today, the non-profit Multidisciplinary Association for Psychedelic Studies (MAPS) announced the successful completion of the $4 million matching grant from the Pineapple Fund for U.S. Food and Drug Administration (FDA) Phase 3 clinical trials of MDMA-assisted psychotherapy for posttraumatic stress disorder (PTSD).
On January 10, 2018, the Pineapple Fund, created by an anonymous cryptocurrency philanthropist known only as "Pine," announced that they would match the next $4 million in donations to support MAPS' upcoming Phase 3 trials, with a deadline of March 10. The announcement inspired $4 million in new gifts from over 550 individuals, which the Pineapple Fund has matched in Bitcoin, for a total of $8 million. 149 of these new gifts, totaling $1,093,330, were received in cryptocurrency.
With these gifts, MAPS has now raised $26.2 million of the $26.7 million needed for its upcoming FDA Phase 3 clinical trials of MDMA-assisted psychotherapy for PTSD. MAPS now needs only an additional $500,000 to complete funding for the final stage of research needed to make MDMA-assisted psychotherapy a legal prescription treatment for PTSD in the U.S. MAPS is currently seeking an additional $5 million for European Medicines Agency (EMA) trials to supplement the data gathered for the FDA.
"Pine's extraordinary generosity has inspired many others to rise to the challenge of his $4 million matching grant," said Rick Doblin, Ph.D., MAPS' founder and executive director. "We can now truly say that MDMA-assisted psychotherapy will be a gift to the world from the psychedelic and cryptocurrency communities, with MAPS having been unable to obtain any government funding for our research."
On behalf of the millions of people and families who will benefit from legal MDMA-assisted psychotherapy for PTSD when it's approved, MAPS expresses its sincere gratitude to all of the individuals and foundations who contributed to the Pineapple Fund matching grant. Leading contributors to the match included George Sarlo ($1,000,001), James Evans ($1,000,000), Libra Foundation ($600,000), anonymous ($400,000), William H Donner Foundation ($250,000), Jason Dorsett ($200,000), Christian Halper ($200,000), Bo Shao and Oleg Gorelik ($148,235), Cyan Bannister ($50,000), George Goldsmith and Katya Malievskaia ($25,000), James Bailey ($10,000), Robert Bienstock ($10,000), and Fred and Katie Weber ($10,000).
On July 28, 2017, MAPS obtained an Agreement Letter from the FDA regarding our Phase 3 protocol design, successfully concluding FDA's Special Protocol Assessment (SPA) process. On August 15, 2017, based on the results of MAPS' Phase 2 trials, the FDA granted Breakthrough Therapy Designation to MDMA-assisted psychotherapy for PTSD, acknowledging that it "may demonstrate substantial improvement over existing therapies" and agreeing to expedite its development and review.
On March 1, 2018, MAPS had its first meeting with the European Medicines Agency (EMA) to plan the Phase 3 research that will be required to obtain approval for MDMA-assisted psychotherapy for PTSD in Europe.
Phase 3 clinical trials of MDMA-assisted psychotherapy for PTSD will begin in the summer of 2018, and will enroll 200-300 participants across 16 sites in the U.S., Canada, and Israel. Provided the Phase 3 trials demonstrate statistically significant efficacy and an acceptable safety profile, FDA approval is expected by 2021.
In MAPS' completed Phase 2 trials with 107 participants, 68% no longer qualified for a diagnosis of PTSD twelve months following treatment. These participants all had chronic, treatment-resistant PTSD, and only required three sessions of MDMA-assisted psychotherapy, along with twelve 90-minute psychotherapy sessions for preparation and integration.
Every year in the U.S., 8 million people are suffering from PTSD, with an estimated 300 million PTSD sufferers worldwide. With approximately 27% of suicides in the U.S. associated with PTSD, and an average of 20 veterans committing suicide every day, there is an urgent need for more effective treatments for PTSD.
maps.org/pineapplefund2018

View Jason Burwood’s profile on LinkedIn, the world's largest professional community. Jason has 9 jobs listed on their profile. See the complete profile on LinkedIn and discover Jason’s ... Bitcoin mining is a highly energy intensive process in which competing parties race to add the next block or batch of transactions to the blockchain. The reward for doing so is 12.5 BTC – just ... Satoshi Roundtable II. This weekend a group of blockchain and bitcoin industry leaders gather again for the Satoshi Roundtable (satoshiroundtable.org) retreat. Participants in the Tattooed entrepreneur Jack Dorsey has been CEO of both social media firm Twitter and small business payments company Square since 2015. Dorsey cofounded Twitter in 2006 with Ev Williams, Biz Stone ... Search the world's information, including webpages, images, videos and more. Google has many special features to help you find exactly what you're looking for.

It's all about boxing. follow me on facebook https://www.facebook.com/counterpunchnews/ Top richest actors on Earth! These famous hollywood celebs are some of the richest people in the world with extreme wealth and high net worths 13. Dwayne Joh... The Top 10 WORST States to live in America for 2020. These places don't have any of the best cities or small towns in the USA so there are many reasons not t... This video is unavailable. Watch Queue Queue. Watch Queue Queue #superyacht #superyachts #yachts #boats Many hands make light work! Best to be careful especially when the tender is worth over a million Euros! Follow me on...